Cryptocurrencies are experiencing a bubble reminiscent of the 17th-century Dutch Tulip mania. Here is a log-scale chart of the U.S. Dollar price of Bitcoin (presently the largest cryptocurrency) from 2012 to the present, showing a roughly 200% annualized increase in price over that period: 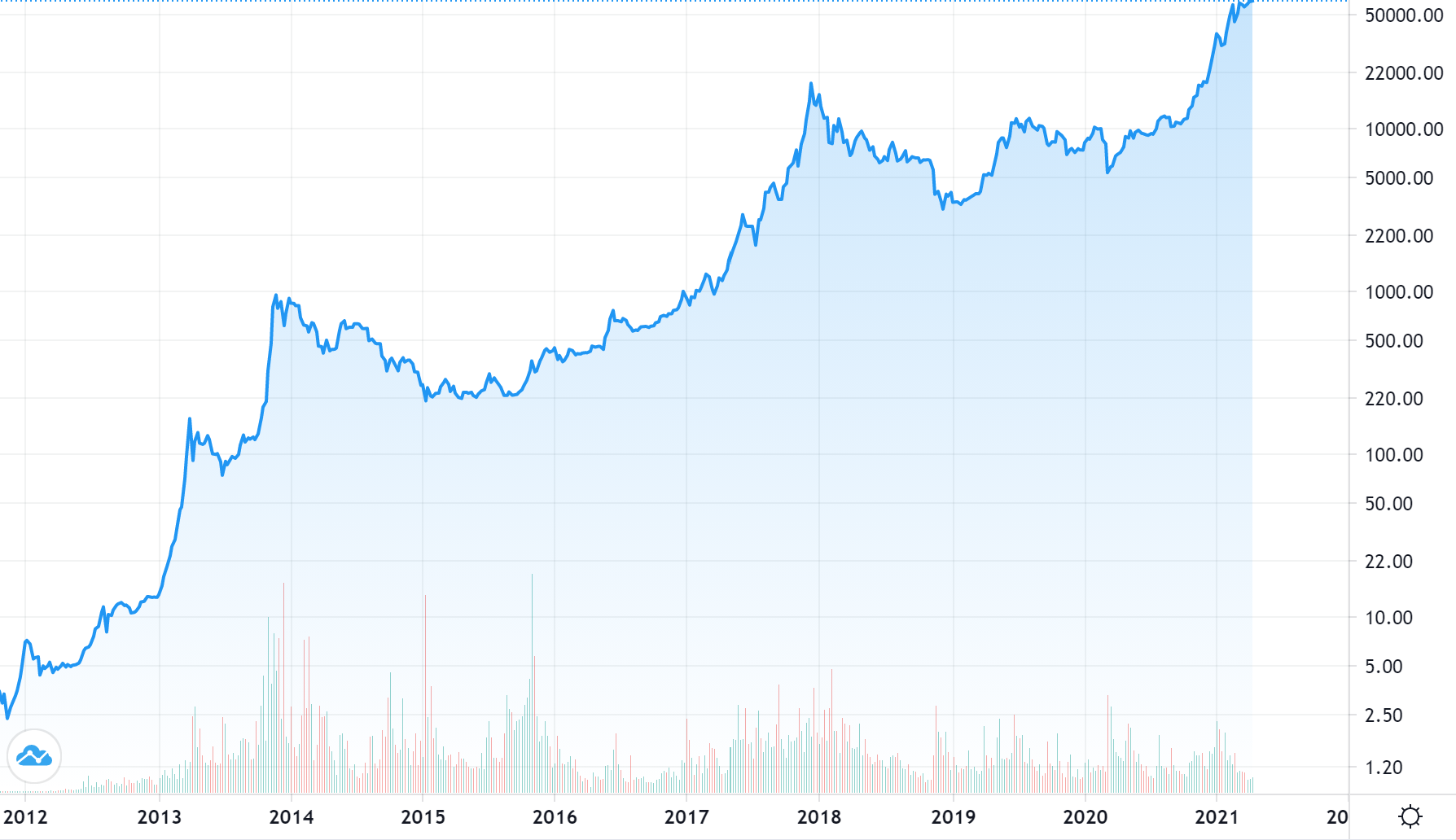 Popular cryptocurrencies like Bitcoin and Ethereum are not backed by any real assets. So what drives this appreciation in price?

These pure blockchain cryptocurrencies do have intrinsic value, but that intrinsic value is nothing more than the computing power and infrastructure of their associated blockchains. Any value that people attribute to a cryptocurrency above the value of its blockchain is based solely on the expectation that other people will do likewise. In other words: The cryptocurrency bubble is being driven by the Greater Fool phenomenon.

So what are the barriers to creating a new cryptocurrency? A blockchain has no value until it has attracted enough investors with enough of a stake to pay for its maintenance. The "currency" associated with a blockchain gets another bump in value once it is listed on a currency exchange where it can be easily exchanged for other items of value. But these barriers are negligible: Adding another blockchain to the mining marketplace and adding its associated currency to the thousands presently listed on the CoinBase exchange is virtually as easy as thinking up a new name.

If one day all the speculators wake up and decide they don’t value Bitcoin then its value will drop to whatever miners charge for continuing the Bitcoin blockchain. Could this happen? Students of the history of speculative bubbles will see it as a virtual certainty.

Some speculators draw a false sense of security from comparing cryptocurrency to fiat currency. Those are not the same: Fiat currencies have value because they are backed by governments. For example, if everyone wakes up tomorrow and decides they don’t value U.S. dollars, dollars are still legal tender for debts. The U.S. government will still demand taxes in dollars, pay interest in dollars, and dispense benefits in dollars. A government's ability to support its currency is not unlimited, but it is still tethered by the government's control of power and resources.

Posted by David Bookstaber at 14:19

David Bookstaber is a data scientist who runs Boniface LLC and provides fin-tech engineering services. Among his recent work is the development and operation of intraday trading systems spanning US equities and Chinese futures.

Mr. Bookstaber was previously employed as a quantitative analyst with Magnetar Capital, where he was responsible not only for strategy research but also for the creation of real-time performance and risk monitors to accompany the implementation of high-frequency trading systems. At AQR Capital he was part of a small team that built a new Bermuda-based reinsurance business.

A graduate of Yale University, Mr. Bookstaber earned a B.S. with distinction in computer science and math. He was also an ROTC cadet, so after graduating he served on active duty with the U.S. Air Force and attained the rank of Captain.